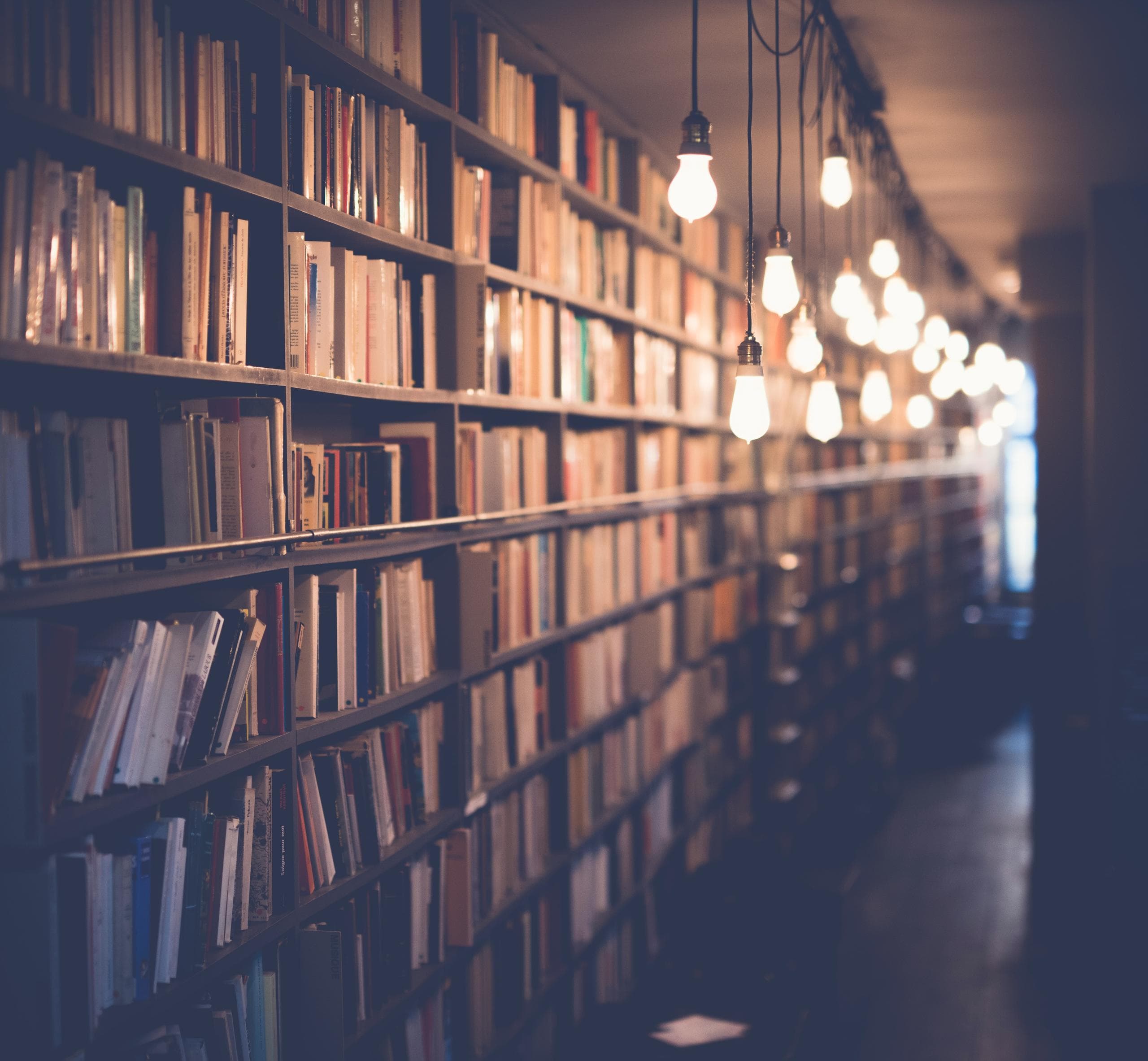 We have currently 10 threads for the above date.

How to make storage deposit to CEO, CTO in Fungible Tokens

ttnguyen --> how can I do this

ttnguyen --> can we attach near in every single storage_deposit call

ttnguyen --> <@!bucanero> Can you help me answer my question?

bucanero --> if I understand your question, you want to create a FT, and assign some amount of tokens to certain users CEO, CTO, etc, is that right?

ttnguyen --> I will transfer tokens to CEO, CTO, etc in 1 function

bucanero --> I see. I’m not a Rust developer, but let me take a look

ttnguyen --> Yes, I want to attach exactly 1 yocto near to the storage_deposit

ttnguyen --> <@!bucanero> Can you ask someone to help me

ttnguyen --> can you show me an example

Benji | NEAR --> you don’t need to assert 3 yocto btw. Asserting 1 (or at least one if you’re planning on the signer paying for storage) is fine.

ttnguyen --> Yes I want the signer pay for storage

Benji | NEAR --> i’m looking at your code snippet above and that should be fine. What’s wrong with it?

ttnguyen --> Yeah, If I try to deposit 1 near, It will throw an error like this

ttnguyen --> this assert belong to near standard

Benji | NEAR --> oh then you have a problem good sir

ttnguyen --> 😃) Haha how about this function in real world?

ttnguyen --> They will call storage deposit on their own??

Benji | NEAR --> if that’s the way you write your contracts, yes.

ttnguyen --> I see meta pool have a button like this 😃) Mouradif --> can an exported function in AssemblyScript take an enum param? If so, how do I pass the parameter when calling the RPC?

For example for this contract

Dorian | NEAR --> Mmm I haven’t seen that done before.

Let me look in the near-skd-as

bucanero --> yes, the client side should have the same enum

bucanero --> or the values for those enums

bucanero --> depending on the client language, if the client can define some constants, then you could: #define MY_VALUE 1 and then {"type": MY_VALUE}

Has anyone work with python SDK for querying

0xTracker.app --> has anyone done any work with a Python SDK for querying

0xTracker.app --> yeah I see the calls I guess just encoding/decoding the responses are going to be something that’s is written from scratch since no sdk exists

0xTracker.app --> I’d be up to the task but need some more info on how to send and receive the responses

0xTracker.app --> I’m not really too skilled with base64 stuff but might be time for me to get a better understanding ofi t

Dorian | NEAR --> That’d definitely be cool if you wanted to contribute in that way. I’ll bring this up to one of my team members and see where to best direct you with this endeavor

0xTracker.app --> A few users of my portfolio tracker is asking for NEAR support so would love to give them a way to view their assets.

Mouradif --> For querying the RPC you can use this https://github.com/near/near-api-py

Mouradif --> status: super rough but it should cover reading balances for fungible tokens if that’s what you need to do

0xTracker.app --> That’s I’ll give it a look over see if I can take some pieces out of it

vmod --> <@!Benji | NEAR> can you help me with the deserialization thing

Benji | NEAR --> oh this. I’ll ask the team if they’ve seen it before. My first guess is that it’s a wasm error

Mike Purvis | NEAR --> is this a Rust smart contract?

bosnic --> weird layout in the dev docs: when you have AssemblyScript selected under Smart Contracts > Tutorials, you can see “FTs” as a folder. When you switch to rust it disappears. Not sure if reported already

bosnic --> FTs doesn’t show up in my browser at all with those pages selected, even when I collapse the rust section

bosnic --> not a big deal, just thought that was odd

Benji | NEAR --> this is the develop category:

Benji | NEAR --> this is the tutorials directory Delegate the management of a subdomain to another contract

Mouradif --> <@!Dorian | NEAR> if you ever cross an example with chaining contract calls (using ContractPromise.then method) where one contract call would manipulate the result of the previous one, I’m super interested

Mouradif --> In terms of project architecture for NEAR, does it make sense to split a project into multiple contracts? I got this habit for Ethereum in order to have some contracts hold less information in their storage and make some transactions cheaper (the ones that need to perform complex lookups in the data stored). But for NEAR I’m starting to think that the amount of data stored is the main relevant metric and in that case, splitting the project in multiple contracts would actually incur more storage

Mouradif --> that’s exactly what I need

vmod --> What are you trying to do

vmod --> why do you need recursion for that

Mouradif --> like for the domain hello.sometld I can have the records

but the contract at my.own.deployed.contract.near can also have REC records that point to other contracts

vmod --> so youd have a contract per domain?

vmod --> why not use a LookupMap or something

vmod --> do you autodeploy

Mouradif --> so basicly, the default case is that I have everything in one contract

Mouradif --> otherwise yeah if I can’t figure out this promise chaining thing, I may just give up that idea

vmod --> You know how to use promises right

vmod --> are you putting Rust Promises in the smart contracts?

Mouradif --> the ones that you can await if you’re in an async context or pass a callback to their .then() function

vmod --> because that might be what you are looking for

vmod --> Is there a way to deploy contracts through AS api

Mouradif --> yes quite similar too

vmod --> are you using that

Mouradif --> but that’s not the part I’m worried about, I found how to deploy contracts and I’m actually not even using it in my project

Mouradif --> Having not found what I’m looking for, I went to get the info straight at the source and this is where the trail ends: https://github.com/near/near-sdk-as/blob/f3707a1672d6da6f6d6a75cd645f8cbdacdaf495/sdk-core/assembly/env/env.ts#L127

<@Mouradif> how would you best describe your Q one more time so i can pass it along? 🙂

Mouradif --> From a contract, I’m trying to call a method in another contract and perform some operations on the result before returning it. Like for example in the Calculator and Calculator Caller example here: https://docs.near.org/docs/tutorials/contracts/cross-contract-calls I would like an example where the Calculator Caller would have an extra method that adds the 2 numbers and appends some string before returning like so :

Dorian | NEAR --> So in a more general sense you are trying figure out how to do a cross contract call to a method in another contract where you are performing additional operations?

Mouradif --> additional operations on the result of the cross-contract call

Mouradif --> the thing is, all the examples I’ve seen where a contract (A) calls another contract’s method (B:foo) in AssemblyScript, the result of B:foo is always returned as is. It doesn’t even seem possible to retrieve that result in contract A but I’ve seen how it’s possible in Rust so I have hope ^^

NEAR token distribution from coinlist ICO not received yet (dev)

samauel --> Hello can someone help me with distribution of near token?

samauel --> I was in the ico but still have not recieved my tokens can someone please help me?

samauel --> I had emailed someone named kendall which said she will handle the distribution. But her email seems to no longer be working as i am trying to contact her again

samauel --> My account name is auel.near and i have already filled out the form, again can someone here please assist me in this matter??

`ft_on_transfer` error if not pass the `msg` parameter

bosnic --> I’m testing a contract that implements ft_on_transfer and uses the msg parameter. The contract is written to panic if that parameter is not passed, but I was able to complete a transfer with a fungible test token:

Benji | NEAR --> it doesn’t look like it’s calling ft_on_transfer

bosnic --> the token I’m using is the example FT from the docs: https://github.com/near-examples/FT/blob/master/ft/src/lib.rs

Benji | NEAR --> if you just call ft_transfer it will only transfer tokens. You need to be calling ft_transfer_call which will both transfer the tokens AND call the ft_on_transfer method on the receiver’s contract.

bosnic --> ah I was using ft_transfer, thanks

bosnic --> <@!Benji | NEAR> I added some logging to the contract in order to debug issues for a FT transaction. Where can I see the logs from the contract failing in ft_on_transfer?
https://explorer.testnet.near.org/transactions/D5Bf8tURQr7GtCBXYQNysbuA95WNHeRuHuGaDGtfRHjd#9XAbXmQPhL4AtRRHKYu9cXt14JsudunsgnGgCMB2hyZ1

Benji | NEAR --> I bet you everything I own that it’s this line right here :p Benji | NEAR --> this line here shows the value of GAS_FOR_FT_TRANSFER_CALL

Benji | NEAR --> which overflows

Benji | NEAR --> you need more than that

bosnic --> that was enough!

bosnic --> <@!Benji | NEAR> same question: in the case of this transaction that succeeded, where do I find logs from the receiver contract? tx: https://explorer.testnet.near.org/transactions/GVE3qqyQesf5pGiWfUTrAUnGba7EJSu8tBtYx25qTLW8

bosnic --> ah missed that one line, thanks